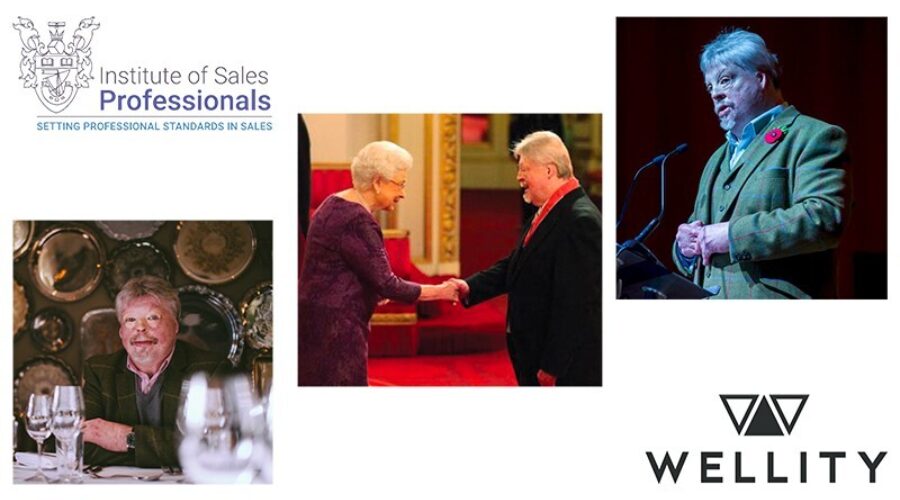 13 October 2021 by The Institute of Sales Professionals

This news article is over a year old and may not contain the most up to date information.

We are honoured that Simon Weston is backing the initiative by the Institute of Sales Professionals (ISP) to promote mental wellbeing in sales. Tom Nash describes the Falklands War veteran’s remarkable story and how it has shaped his outlook on life, business and mental health.

“We can all be the right sort of leader, not shouting and screaming, but calm, compassionate and communicative – and, above all, listening.” As leadership advice goes, such a view is not uncommon, but coming from Simon Weston it has the power to cut through.

Weston willingly admits he is not a management guru, and his thoughts on leadership are not revolutionary. However, because of his own extraordinary experience, people rightly listen to him, and he hopes to make a difference by describing some of the lessons he has learnt, and how adopting a commonsense approach can help.

That is as important as ever right now. The effects of the Covid-19 pandemic have put many people under immense stress with research indicating that satisfaction with life has dropped and anxiety is on the rise.

In typically down-to-earth fashion, Weston is keen to try to make a difference, lending his support as an ambassador to mental health consultancy, Wellity, and to the ISP’s mental health and wellbeing group, led by Wellity’s founder, Simon Scott-Nelson.

As Weston explains in mellifluous Welsh tones,“I’m proud to be involved with Wellity and the ISP because we all have the same desire, which is to help people succeed against whatever stresses and adversity they come across in life.”

Weston, of course, is the personification of triumph over adversity, as the face of the Falklands War, fought in 1982 between the UK and Argentina. He is undoubtedly and officially a hero, having been voted top of a UK heroes index in 2014. But he is also much more than that – a prime example of seizing the moment and succeeding against the odds – including in business, as an author, and as a motivational speaker. He is a genuine example of that overused term “inspirational”. As such, he is a powerful agent of change and a valuable ally of the Institute of Sales Professionals in its important mental health mission. This is just the latest of many good causes he has supported, including the Weston Spirit, a Liverpool-based young people’s charity. His charitable work earned him an OBE in 1992 and then a CBE in 2016.

Weston’s story has been well documented, including no fewer than five BBC television documentaries. As a Welsh Guardsman in the Falklands conflict, his ship, the RFA Sir Galahad, was destroyed by an Argentine air attack and he sustained serious burns to 46% of his body, including to his face. In the four decades since, he has become well-known across the UK and abroad for his struggle to overcome his injuries and redefine his role in life.

When he returned from the South Atlantic at just 20 years-old, he felt he had “nothing to offer”. He had not only suffered physically, but had also lost his career in the Army, his relationship at that time, and his ability to play his beloved rugby. “I had no skills and received little advice – everything had gone south,” he says. “I know what it feels like when you just can’t see a way ahead.”

Weston refuses to dwell on his own battles, however, preferring to offer support to others in dark times. “For many people, Covid-19 is a real test of fortitude,” he says. “Some individuals, and that will include some salespeople, are beleaguered. They may be facing the loss of their jobs, or targets that are impossible to hit in the current climate, or they may be finding personal pressures like working in isolation – or surrounded by screaming kids – very difficult to cope with. They may be finding it hard to see light at the end of the tunnel, which breeds uncertainty and self-doubt, and that can be a catalyst for all sorts of imaginings.”

His advice to those in this situation is “don’t overthink things”, but to recall all the times in the past when they have faced and overcome anxiety – perhaps the loss of a job, the breakdown in a relationship, a bereavement, or simply a nerve-racking first day at school. “You’ve already been down the road of uncertainty and faced a bleak situation that you’ve never faced before, so try not to blow things out of proportion.”

While a sense of perspective is a key starting point, it is important to seek support. “These days, there are people who can help, from in-house mental health first-aiders to trained professionals. Please, use them,” he pleads.

Sales managers also have a critical role to play. “Get to know your team properly, so you really understand them as individuals,” he says. “Build trust by finding out what’s going on in their lives, what motivates them – it’s not always money. Talk to them and really listen to them.”

He adds, “You can’t identify a need for support, let alone provide it, if you don’t know a person or if they don’t trust you. So, make that extra effort, make those calls, and get your people to do the same with each other.”

Here too, Weston speaks with experience – he runs his own 200 employee security business in South Wales. He concludes on a typically positive note: “Good mental health is good for business. We can never remove all doubt from our employees’ lives, but people never forget kindness – and they never forgive nastiness – so sow the right seeds for the future.” The Institute of Sales Professionals is encouraging employers to take on apprentices despite research that businesses found the government scheme rigid and unsuitable.
Read more Investor in Sales award is key asset in competitive market

Colebrook Bosson Saunders who recently gained our Investor in Sales award say their focus on professional development and ethical selling is a priority to build strong customer relationships in a competitive and changing market.
Read more

Investor in Sales award is key asset in competitive market

Plan ahead with our new programme of events for 2023